What is the Best Render Engine for Houdini?

One intention of our testing is to discover the best render engine for Houdini, and, from experience we’ve come to expect some and sometimes many surprises.  In several tests the fastest render engine for Houdini is clear, in others the results are quite close. We also found that the GPU render engines we tested produce different results visually.  For GPU rendering with Houdini we chose V-Ray, Redshift, Octane and Arnold GPU. We should say that while Arnold GPU is included in our testing, it’s still in beta and so not an “official” release from Autodesk as yet.

Our GPU render test consists of two shader scenarios, with each renderer’s standard and metallic/reflective shaders applied to all objects in the scene. The Kitchen PUP Asset from Pixar is being used as the test scene with rectangular lights illuminating the scene from each window for a total of two light sources. These scenes are rendered using a standard shader, then using a reflective shader. This provides some indication of how each render engine handles basic bounced light and reflective rays. The third render is a Pyro scene which tests the render engines’ performance with a Houdini volume.

Each render engine is configured with their respective standard setups for rendering volumes – no optimization or custom tweaks such as denoisers or AI lights are added. These tests are not necessarily meant to compare the efficiency of the render engines against each other.  Each render engine can be configured in different ways to handle optimization. In fact it’s perhaps best to view our tests as a measure of the prospective performance gains of different GPU configurations on a per render engine basis. 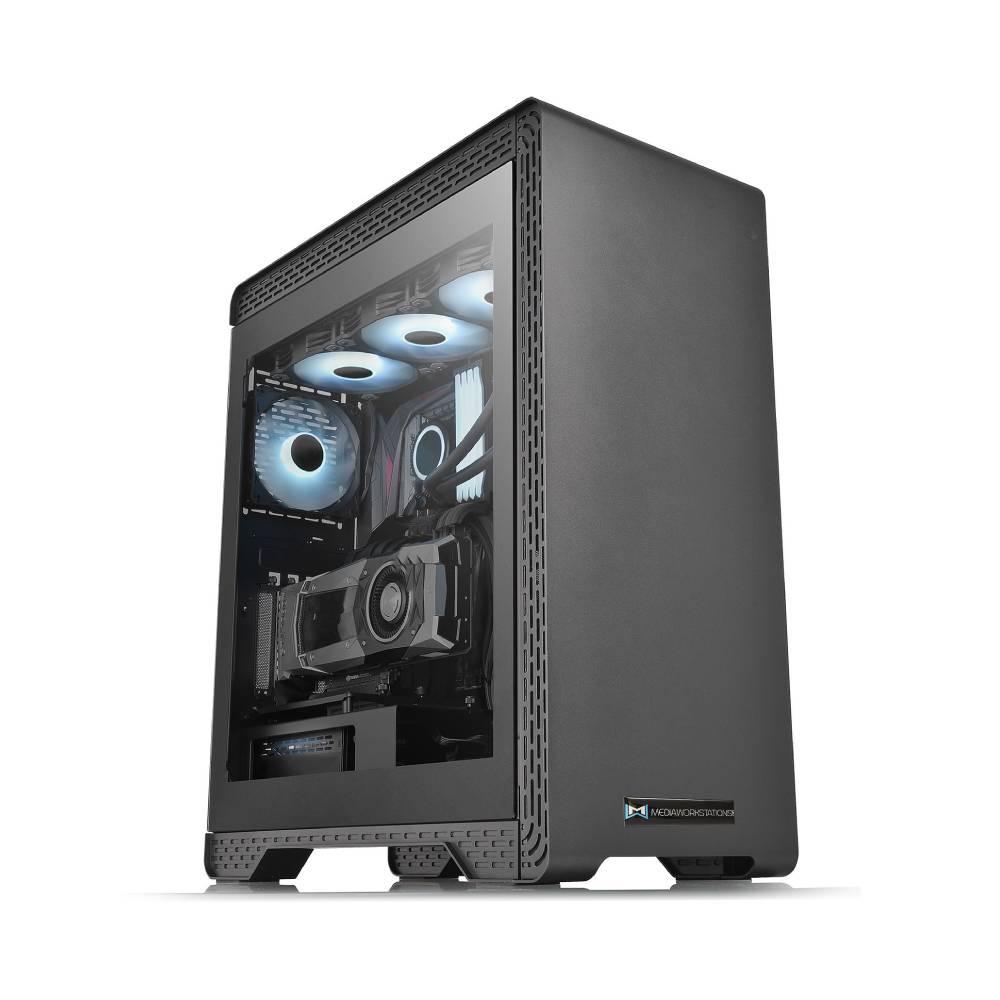 One note about memory, Intel and AMD CPUs (and motherboards for that matter) going back many generations will support different RAM speeds. For uniformity in testing all tests were conducted with RAM at spec speed of 2933 megahertz. For obvious reasons standardizing RAM speed is important for consistent results, and running at spec is often the very best choice, especially when system stability is a priority.

While different optimizations could certainly affect render times, we are interested in which of these four is the fastest render engine for Houdini using “stock” settings.  We also want to present a complete picture of Houdini System Requirements and usage, and so include GPU rendering performance scaling and overall hardware resource draw on CPU, RAM and GPUs for both single and multiple GPU configurations.

The Fastest Render Engine for Houdini

The big news? V-Ray was the fastest render engine for Houdini across the board with one exception – the Pyro scene with 2 x 2080 Ti.  With that scene Redshift took just one second longer to render, a reasonable margin of error for to call it a tie. It’s still a remarkable showing.  It would be interesting to see how this might turn out now that the Redshift team are now adding NVLink functionality, which we will test in 2020.

What stunned us most was single GPU rendering with V-Ray, especially the Pyro scene:

As expected both Redshift and Octane scaled nearly absolute in our benchmarks, with a second identical GPU roughly doubling performance.

Octane and Arnold Visuals Were Best On…

Of course it’s a subjective matter, but generally speaking we found the Octane and Arnold scene renders the most visually appealing, though the V-Ray Pyro scene was striking.  As stated from the outset, we attempted in each render instance as much as possible to maintain out-of-the-box settings. Obviously the visual results you are able to achieve are fundamentally dependent on many factors including application mastery.

*For detailed render engine rendering specs including hardware resource measurements for each Houdini scene, please see the table below.

A big THANK YOU to Curvin Huber of Becker College for his outstanding and thorough Houdini testing and analysis for our Houdini articles Parts 1-III!  We also want to extend special thanks to Jon Moncrief from SideFX Houdini for providing the Kitchen scene for testing and feedback, and exemplary V-Ray support from Andrei Izrantcev, Alexander Soklev and Lon Grohs at Chaos Group.

Thank you all for your continued support and interest.  We’re here to support VFX professionals and content creators – you – do your best work, with the right tools, and the best intelligence.  If you have feedback on our tests, please let us know, including how we can better support the work you do.